We use cookies to personalize content and ads, to offer functions for social media and to analyze access to our website. If you give us your consent, we will provide information on your use of our website to our partners for social media, advertising and analyzes. Our partners may carry this information together with other data that they have provided them or who have collected them as part of their use of services. You can revoke your consent at any time. Read more...

The entire Starkenberger Panoramic Route at a glance. Because the hike is the reward!

1217: First mention of Gebhard of Starkenberg in the entourage of Emperor Friedrich II von Staufen

1265: The oldest German-language document in Tyrol reports on a purchase contract between Konrad von Starkenberg and Heinrich von Hirschberg.

1341: Pope Benedict XII in Avignon issues a letter of indulgence for St. George's and St. Leonard's Chapel at Starkenberg Castle. A (symbolic) portrait of the donor Georg von Starkenberg can be seen on the magnificent document.

1363: Hans von Starkenberg is one of the Tyrolean knights who, together with Margarete von Tyrol, seal the deed of surrender of the County of Tyrol to the Habsburgs.

1381: Duke Leopold III grants permission for Hans von Starkenberg to build the Kronburg Castle. The Starkenbergers were also granted their third coat of arms with the lordship of Kronburg: three golden crowns on a blue background.

1396: Sigmund von Starkenberg is appointed burgrave at Tyrol Castle and thus given the highest office in the county.

1417: Wilhelm von Starkenberg is admitted to the retinue of the Roman-German King Sigismund of Luxembourg at the Council of Constance.

1422: Beginning of the feud between the Starkenbergers and Duke Friedrich IV of Austria.

1426: Greifenstein near Bolzano is the last Starkenberg castle to fall to the duke.

1437: By order of the Emperor, a court of arbitration in Vienna is to finally settle the old dispute. However, Duke Friedrich IV continues to ignore all rulings that require the castles and possessions to be restituted to the Starkenbergers.

1446: Duke Sigismund of Tyrol pardons Wilhelm von Starkenberg and returns to him his houses in Merano, Bolzano and Innsbruck as well as the court of Gramais, the castle and court of Schenna. In exchange, Wilhelm must refrain from all further claims and demands.

1451/52: Wilhelm von Starkenberg dies as the last male representative of the family at Schenna Castle.

The feud between the Starkenbergers and the Tyrolean sovereign

1422-1426: The feud between the Tyrolean sovereign Duke Friedrich IV and the brothers Ulrich and Wilhelm von Starkenberg raged for four years. The conflict was provoked by a dispute over the court of Schlanders, which the sovereign demanded back from the nobility. In return, the Starkenbergs demanded outstanding payments that the duke owed them.

After much back and forth, Duke Friedrich finally seized the court by force of arms and began to besiege the Starkenbergers' castles. Ulrich and Wilhelm appealed to the king, who ruled in their favour but failed to help them effectively. After most of the castles had fallen to the sovereign by 1424, Wilhelm continued to stand up to Duke Frederick's troops from Greifenstein Castle (Bolzano) for another two years. Only when a cannon was made in the field in front of the fortifications did the castle's crew capitulate and the Starkenberger family went into exile, from where they continued to fight legally against the occupation of their property.

Find your way: The route on the map

Not always the way is the goal. Sometimes it must be historic buildings, mystical natural monuments or culinary highlights! 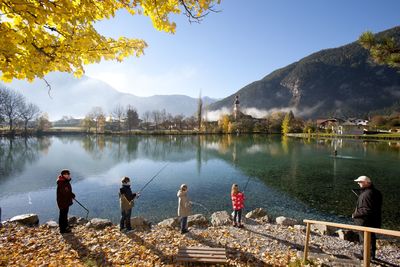 Would you like to spend some relaxing hours? You can go fishing at lake Nassereither See! 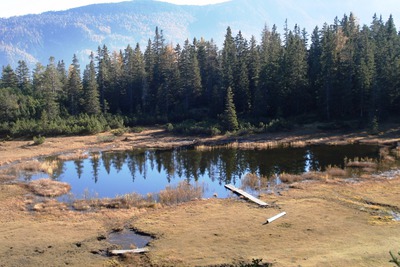 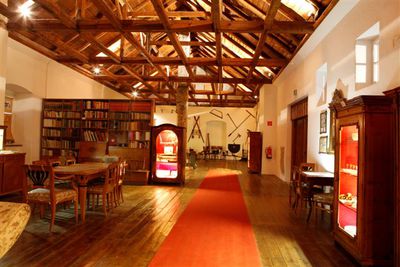 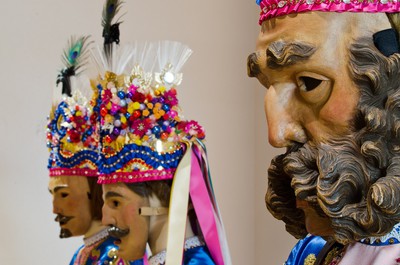 Museum - Power - Symbolism! The Fasnachtshaus Nassereith - a traditional experience of a …

More highlights and sights can be found here .

An overnight stay can do so much more than just sleep well: feel welcome and at home! 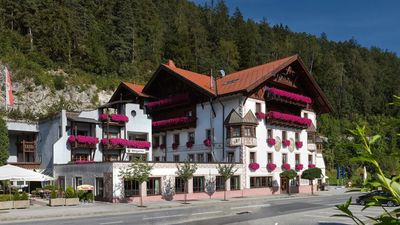 Welcome to the Hotel Inn Neuner! 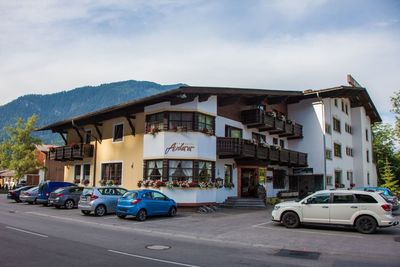 Welcome to the Hotel Auderer!

Welcome to the Hotel Hirschen!

More accommodation can be found here .